This work very rarely appears on the market. It would seem that there was a technical problem in the collage construction of this work which has led to very few surviving. While the edition size is recorded as being 70 impressions it seems likely that due to these technical difficulties far fewer were actually issued. This may explain why Pasmore returned to this composition and reworked it in pure screenprint (with no collage) issuing it under the title ‘Blue Movement and Green’ in 1980. Examples of this original first version are exceptionally rare.  In the collection of Tate Britain.

Pasmore was a prolific and pioneering printmaker, experimenting with combined methods of printmaking including etching and screenprinting. He elevated the importance of printmaking as this is reflected in the popularity and value of his prints today.

Pasmore’s abstract art was inspired by the artists Piet Mondrian and Paul Klee. Their writings feature nature and the creation of a dynamic harmony in art which stood for the future harmony of society.

Beginning in 1947, he developed a purely abstract style under the influence of Ben Nicholson and other artists associated with Circle, becoming a pioneering figure of the revival of interest in Constructivism in Britain following the War. Pasmore’s abstract work, often in collage and construction of reliefs, pioneered the use of new materials and was sometimes on a large architectural scale. Herbert Read described Pasmore’s new style as “The most revolutionary event in post-war British art”.

After experiments in lyrical abstraction in the early 1930s, Pasmore founded the Euston Road School with William Coldstream, Graham Bell and Claude Rogers in 1937. The school closed in 1940, but this group moved on to teach at the Camberwell School of Art 1943-49.  Pasmore began to experiment with abstraction again from 1947 onwards with the support of Kenneth Clark. His earliest new abstract experiments used linear forms and collage.

In the 1960s the geometry softened, introducing curved lines and edges.  In the 1970s came areas of bright colour, later moving into lyrical abstract compositions of points, wandering lines and planes of bright colours against his habitual white backgrounds and even some drawn outlines of natural forms again towards the end of his life. These transitions were inspired by his relocation to Malta in 1966, where he resided until his death.

In 1966 he began intensive experimentation with making prints at the 2RC Printshop in Rome in parallel with his paintings. Printmaking became a major part of his oeuvre and he worked with Curwen Press, Kelpra Studio, White Ink and other print studios.

donating a number of works to the collection. He gave a lecture on J.M.W. Turner as ‘first of the moderns’ to the Turner Society, of which he was elected a vice president in 1975. 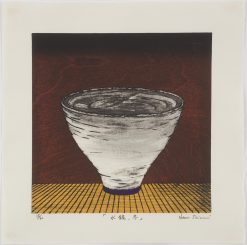 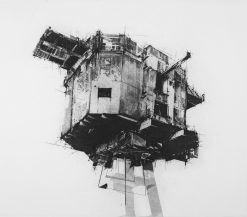 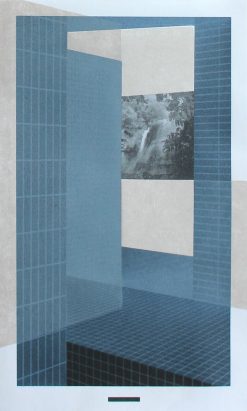 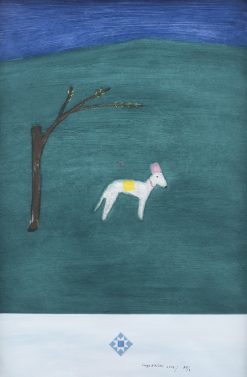